Let me set the scene:

I remember the scene like it happened only yesterday. 4 seconds left on the clock. I make a fake up-court and break back to the ball being inbounded on our baseline. I know they’re coming, I can almost feel the foul coming before the hands touch my jersey. The whistle blows immediately as the pass enters my hands! “Foul! #31 You’ve got 2 shots!” said the ref. The crowd is going crazy. We have a 2 point lead, 4 seconds remain on the clock and I am 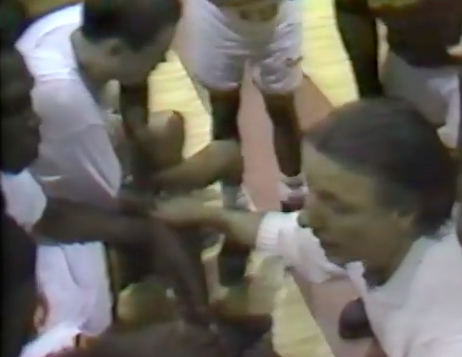 heading to the foul line with a chance to ice the game! You would think at this point in the game that our foes (The Sheridan Bruins) coach would call a timeout to try to ICE me. As I was walking to the found line at the other end of the gym, listening to a Bruin player natter in my ear that I was going to miss and that I was a loser, to my surprise the ref blew his whistle and said, “Timeout Humber!” WHAT????? My own coach called the timeout? That NEVER happens! So as I sat down in the huddle and thoughts of confusion are running all across my brain wondering why my own coach was trying to ICE me, he says this; “Look, he’s going to make these two free throws, we know that. But whatever you do DO NOT TOUCH anyone after he MAKES them!” He then put his hand in the centre of the circle to which we ALL joined him and cheered “HAWKS”. I walked out to the foul line not feeling the pressure of NEEDING to make them, but feeling the confidence my coach had in me sat this point in the game. So in front of a very loud and bias crowd, I calmly sank both and just stood there as the Bruins ran down the court

and attempted a last ditch effort for a miracle to no avail. We triumphed! Even though in that game I finished w 28 points, 6 three pointers and went 3/4 from the foul line, it wasn’t until years later I figured out what i learned that night!

It was the timeout that taught me the lesson. In fact I didn’t even realize for a very long time after that game how, my coach, Mike Katz’s decision to call that timeout was not an impulsive guess, but in fact a calculated effort to produce the very BEST result from his players. Mike is one of the most decorated and successful College and University basketball coaches in the Country. Having spent time w the national team and travelled the world coaching the sport, he has been successful on every level he has coached at. Now in retirement he is consulted by Universities and Colleges to offer his ideas and thoughts on how they can be great!

I believe being a successful Coach in ANY sport you need to be deeply rooted in your choice to make someone better. You need certain ingredients:

These qualities are all inside the headspace of Mike. Add in a very dry but great sense of humour and it all adds up to a coach who consistently produced teams and players who worked their butts off because we WANTED to.

These days I am fortunate to play golf with Mike, and while he is a borderline Svengali on the basketball court, he loves walking the fairways and chasing par at any chance. I think he has researched the golf swing almost as a much as he has how to break a 1-3-1 Full Court Press!  It’s in these times listening to him and chatting with him 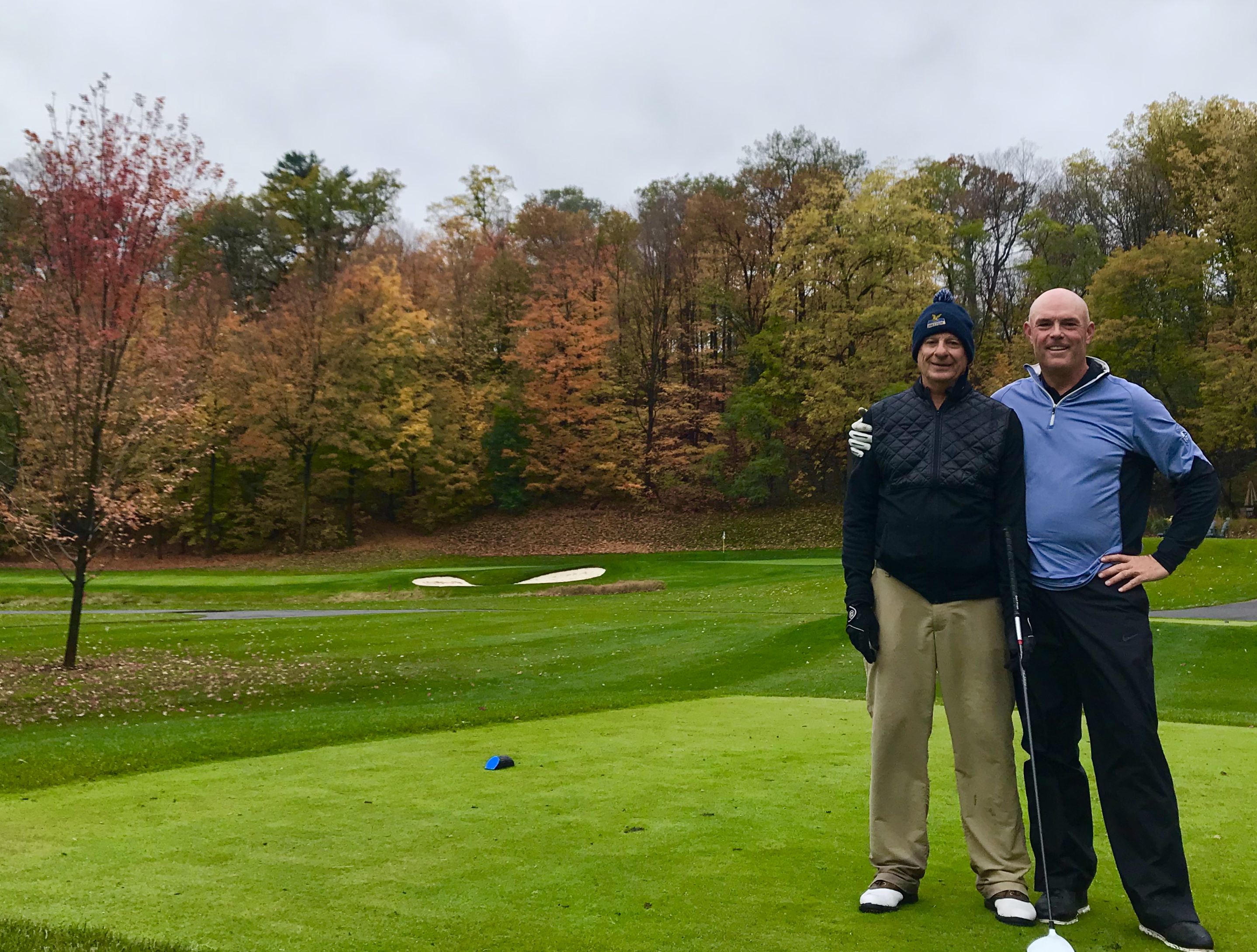 that I finally “get” the lessons he was teaching back in College. In fact I know that his coaching has had a HUGE influence on me and my ability to be to Junior Golf what he was to College Basketball. For that I am eternally grateful.

Golf is an individual sport. It is hard. It toys with your emotions. If you think long and hard about experiences you have had with coaches / teachers throughout your life I can assure you there are lessons inside those moments where you too thought “??????” what is this person saying / doing? We didn’t see it then. At least I didn’t. But if you can stay true to your convictions, provide a positive environment and not deviate, you will achieve your goal. It might not be titles, awards or trophies, but that’s not why we do it.

The lesson I learned almost 30 Years ago wasn’t about making a Free Throw to win the game as I thought it was. It was a coach pausing for a second to let his actions speak without saying anything except “when he makes these two shots”. Positive, confident, precise and a lesson learned.

Now it’s your turn, so don’t be scared to call your own “timeout” at a critical juncture.